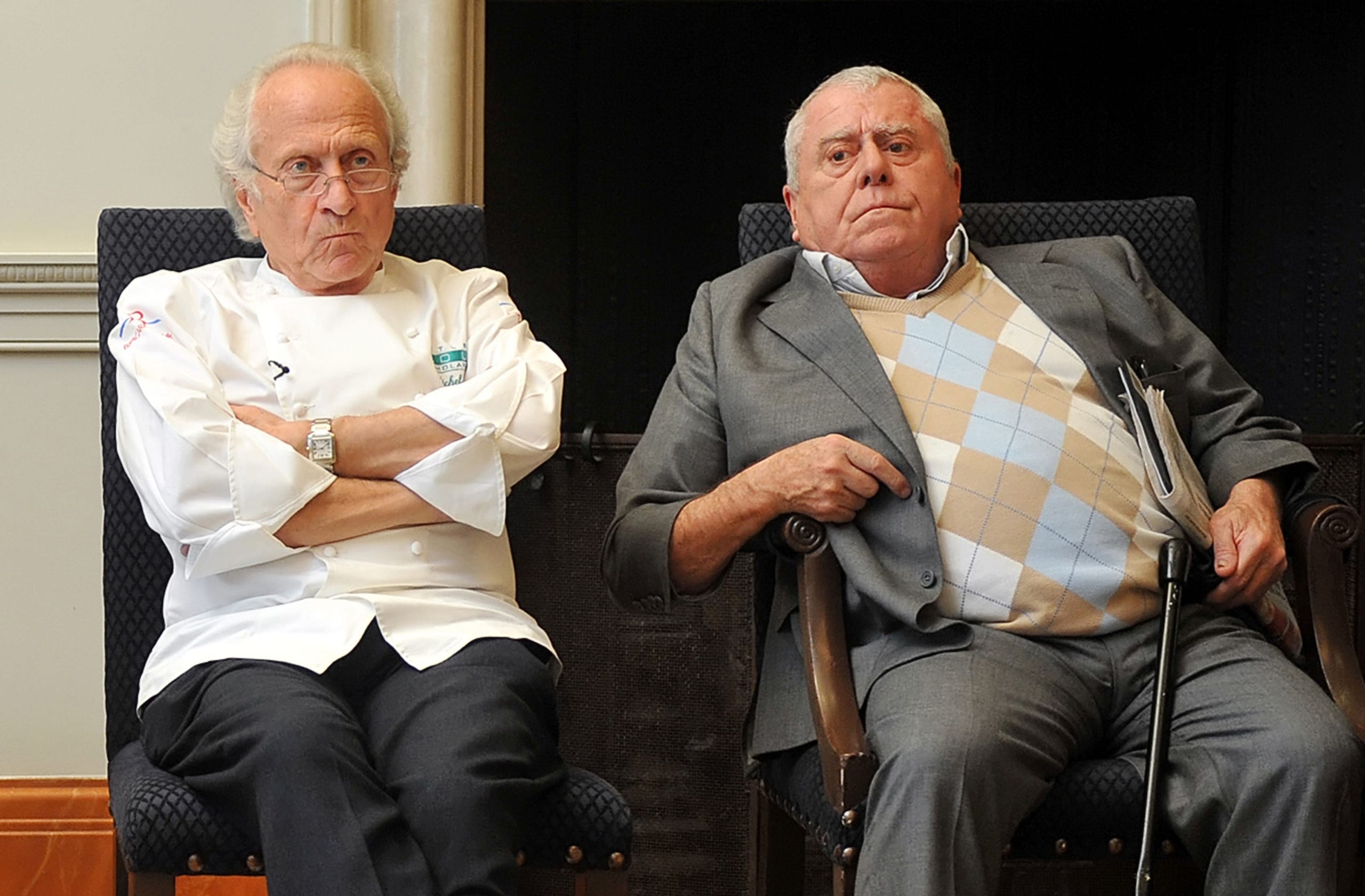 In honour of Michel and Albert Roux, The Vincent Rooms has been approved by the Roux Family to offer two weeks of Roux Family recipes as part of our themed weeks at The Escoffier Room.

Michel and Albert Roux founded Le Gavroche in London in 1967, followed by The Waterside Inn in Bray in 1972. Le Gavroche, known for its classic take on French cuisine, was the first restaurant in the UK to gain one, then two, and then three Michelin stars. Through their inspiring leadership, their kitchens launched the careers of some of the United Kingdom’s best chefs, including Gordon Ramsay, Marco Pierre White, Pierre Koffmann and Marcus Wareing.

Albert Roux sadly passed away earlier this year, following his late brother, Michel, who passed away in 2020. The Michelin Guide called the brothers “fathers of the UK restaurant industry.”

The Roux Family will be overseeing the menus, and will be involved in the teaching of our students, both front and back of house for themed weeks, currently confirmed for week commencing 8 November 2021 and 9 May 2022 – reservations for both weeks are now open.